Some city neighborhoods are known for their quiet, tree-lined streets and their small-town atmosphere. Not the West Loop. Gritty, glamorous, noisy and exciting, this may be Chicago’s most urban residential neighborhood. This is where chefs come before dawn to select the meat and produce their customers will enjoy that night, where tourists and locals knock back shots of Ouzo in Greektown bars, where Oprah still records her daily TV show.

Traditionally a commercial and industrial area, the West Loop’s residential possibilities were first discovered by artists who converted the industrial lofts to living spaces and galleries. Now home to a wider mix of young professionals and other hardcore urbanites, the area retains its edgy feel, and avant-garde galleries co-exist with upscale restaurants and clubs to form the perfect setting for city living.

Residents and business owners come together in the West Loop Community Organization, taking an active part in decisions affecting the neighborhood, from parks to traffic. They also sponsor social events and promote economic development.
The neighborhood’s cultural opportunities received a boost when the Hubbard Street Dance Company built a new permanent facility there. Redmoon Theater draws fans for its unique stage productions and its Summer Camp for kids.

A popular annual event in the neighborhood is Taste of Randolph Street, which combines great food and great music for three days each June. Music fans return the following month for Pitchfork Music Festival, held every July in Union Park. The Randolph Street Market takes place 8 times a year, and features vintage and modern furniture and decorative objects, as well as fashion, jewelry and art.

Union Park also has facilities for baseball, basketball, volleyball and swimming, plus organized children’s activities. The neighborhood’s smaller greenspace, Skinner Park, is where dogs (and their owners) come to play.

Exhausted from all this activity? Stop by the Manning branch of the Chicago Public Library for some quiet time.

Renovated lofts may have started the neighborhood’s residential boom, but it didn’t take long for developers to get in on the act. Dozens of high-rise and mid-rise condo buildings were built over the last 15 years or so, and several more are under development, most displaying the glass and steel industrial-chic vibe that defines the West Loop.

Both the CTA Green Line and the Blue Line elevated trains run through the West Loop, but walking is by far the most popular form of transportation—in good weather, anyway. Easy access to both I-290 and I-90/94 make driving easier for West Loop residents than it is for those living in other areas of the city.

The West Loop restaurant and club scene is the hottest in the city. Randolph Street’s “Restaurant Row” is where you’ll find the latest in cutting edge cuisine, but traditionalists still flock to Greektown for their famous flaming cheese. Hip coffee shops and delis are on just about every corner. If you’re doing the cooking, many of the wholesale businesses in the Fulton Market are open to the public. For less adventurous food shopping, there’s a large supermarket and many neighborhood grocery stores.

Shoppers come to the west Loop mainly for gallery hopping, but a few fun fashion boutiques have opened recently, and Greektown offers some fascinating shops and exotic wares. The neighborhood doesn’t slow down in the late hours, as well-dressed locals queue up at clubs like Chromium and Transit.

The West Loop is home to two of the top schools in the Chicago Public Schools system—Skinner Classical School and Whitney Young High School. 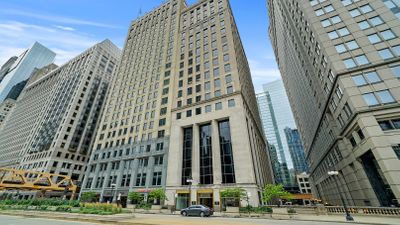 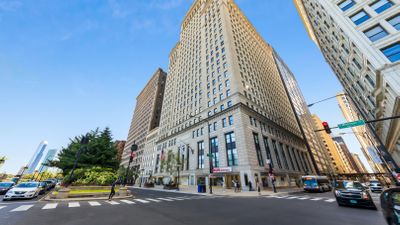 The page will reload automatically.
Go to the homepage